Why Aesop Would Have Been More Successful Than Bill Gates Today

An ancient Greek storyteller and fabulist, Aesop is thought to have been a slave who eventually acquired his freedom by reciting clever moral fables involving animals with human characteristics.

Insightful and astonishingly original even today, Aesop’s fables continue to delight and educate us with their startling observations of human failings and strengths.

We all know who Bill Gates is–only one of the wealthiest people in the world and founder of Microsoft.

Although Gates is the epitome of the successful businessman, Aesop would have given him a run for his money, so to speak. Aesop’s keen intuitiveness into the human psyche would have made him the ultimate inspirational and motivational manager or employee. In fact, Gates may have chosen to work for Aesop instead of running his own business!

Check out these three fables from Aesop and how you can apply their moral teachings to your own business:

The Donkey and the Mule

The owner of both a mule and a donkey loaded them with supplies before making a long and arduous journey. When they reached the hilly country, the donkey begged for help by asking the mule to take some of his load. The mule said no. “I’m carrying too much now as it is. You’ll just have to deal with it.”

Within days, the donkey stumbled from weariness and died. The owner had no choice but to put the donkey’s load on the mule’s back. Now the mule had to carry double the load he was once carrying.

What was Aesop trying to say with this fable?

When you help others, you are helping yourself.

In a real-world setting, this fable is about teamwork. Although we all have encountered problems when trying to accomplish projects as a team, trying to do something by yourself means you are stuck with only your skill sets, your ideas, and your extremely subjective perception of how satisfactory the project really is. Ultimately, refusing to help others limits your ability to help yourself.

The Cat and the Mice

An extended family of mice needed to develop a good plan to protect themselves from a devious cat. One of the younger mice spoke up and said: “I think we should tie a bell around the cat’s neck. That way, we’ll know when our enemy, the cat, is coming for us.”

An older, wiser mouse asked: “That is a great idea, but who is going to undertake the dangerous task of belling the cat?”

The mice fell silent, realizing this plan would not work.

Moral of this Aesop fable:

Successful ideas are ideas that can be fully implemented.

While it’s great to throw around ideas, only realistic, sound, and sustainable ideas are the ones that provide satisfaction, a sense of accomplishment, and financial benefits. The next time you are involved in a strategy meeting, remember the importance of challenging everybody, but keep in mind Aesop’s catalyst for true achievements: can anybody bell the cat?

The Lion and the Oxen

A lion took to prowling a field where several oxen were grazing. The lion tried to attack the oxen many times but they always positioned themselves in a way that protected their vulnerable bodies. They met the lion with their horns instead of their tails. Eventually, the oxen started fighting with each other and went to separate areas of the field. Without the protection of their fellow oxen, each ox died a horrible death as the lion attacked them one by one.

Try this one on your own. How could you apply the moral of this story to your own business? 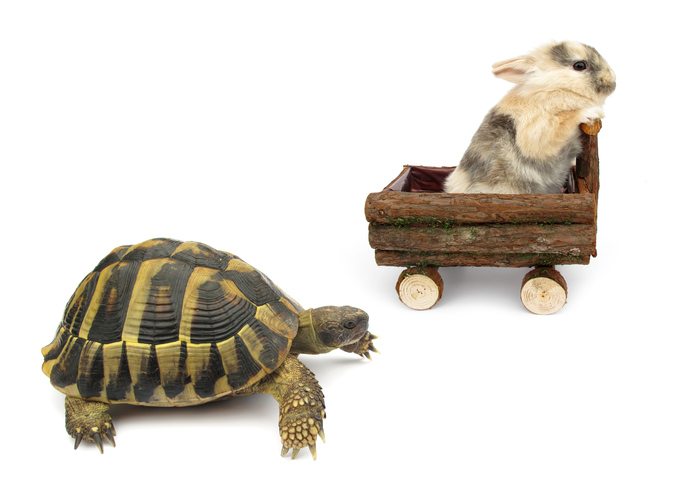